Yura the Scorpion Queen is a scorpion demon from the Dark Realm who seeks to bring the Dark Lord to the Earthen Realm. Her motives and actions are never quite clear, however it appears she has a sinister end-goal in mind.

Thirty years before, she was a handmaiden within the Highland Central Palace where she quickly became very close to Prince Sogun. Despite Princess Solaan finding her presence unsettling and describing her as a "scorpion", Prince Sogun welcomed her advice on how to proclaim himself Emperor of the Stratus Empire. She told him of the ancient Divine Mandate Ritual and how to perform it leaving out important details so it would go awry. A gate to the Dark Realm opened within the city allowing Dark Chi and demons to flood into the city. The Snapjaw Sages speculate that this was part of a much larger plan.

At some point, she allied herself with Jinsoyun in performing a second Divine Mandate Ritual. She assists Jinsoyun in attacking Heaven's Reach to retrieve the Twilight's Edge. In the process, she kills Gilhong and Jinyung. Despite offering to finish off the hero, Jinsoyun scoffs at the idea someone could survive the Mark of the Black Rose.

She is later seen sneaking around invisibly on the Blackram Narrows, watching Namsoyoo. She appears before the hero, remarking how much Namsoyoo resembles her mother. She engages in a brief battle with the hero before disappearing.

She isn't seen again for a while until Yunwa tells Gil that she is really Mushin's descendant and that she contains Mushin's Legacy within her, Gil drops his disguise and becomes Mushin. Yura appears through a Dragon Pulse beside him wondering why Jinsoyun bothers keeping the hero with the Mark of the Black Rose alive at all. Mushin orders her to keep a close eye on Jinsoyun and the hero, to which she seems to be amused.

In the Predator's Den, Yura stops a meeting the Skyhaven planned to create an alliance with the Lycandi. She demands to know the location of the Skyhaven Commander (who is really the Talus Princess) but the hero interrupts causing Yura to disappear once again. 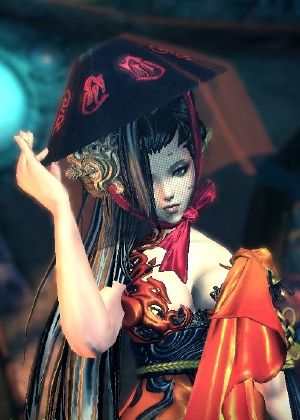 In the Fish Stock, Jinsoyun and Yura stand over the dying body double of Yunma Fei, clearly annoyed at Ilsim for having brought them the incorrect one. Jinsoyun makes a suspicious remark at how Yura could possibly lose Yunwa to which Yura nervously chuckles. As Yura is about to kill Ilsim, he offers to bring them Iksanun instead. Jinsoyun and Yura leave with Ilsim in tow.

In the Sealed Palace at the Highland Necropolis, Iksanun explains to the hero that Yura is a demon and had been following their movements for some time. Yura appears and engages Iksanun and the hero in a short battle before telling Iksanun to hurry to Brightstone Village as Jinsoyun has his son.

Yura enters with the Talus army into Brightstone Village through the Great Dragon Pulse. Yunma Fei, Junghado, Iksanun, and the hero all watch in horror as she then turns all of the Skyhaven betrayers into demons before turning into a scorpion demon herself and attacks. Defeated, she lies naked, calling out for Jinsoyun who snubs her. When Mushin appears to the hero, she asks what had taken him so long to arrive. 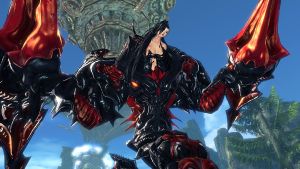 Once Mushin awakens the darkness within the hero, the hero wakes up in Iksanun's home in Greenhollow to see Yura dressed up extravagantly, telling the hero to meet Mushin at Mushin's Tower. She explains that Mushin needs to test the hero's skill in the dark arts before continuing any further. After the battle with Mushin, she explains that Mushin's motives for dealing with the hero is to get his "birthright" back from Jinsoyun: the Twilight's Edge. Before transporting the hero to Skypetal Plains, she half-heartedly expresses apologies for what happened in Heaven't Reach, but claims that the hero's classmates would have died whether or not she was there.

As the hero fails to defeat Jinsoyun, Yura appears carrying Yunwa's unconscious body. She asks for forgiveness and to take Yunwa's body as a gift. Jinsoyun explains that she knows who Yura is working for and that she will pay for her insolence. Yura appears nervous but follows Jinsoyun as she walks away.

Following Jinsoyun's defeat, Yura retreats to the Sealed Palace within the Highland Necropolis as usual. The Ebondrake Cult, under orders from Zulia, kidnap her to breed an army of demons.