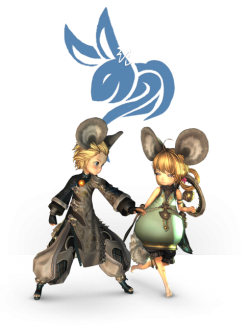 The Lyn, with their large ears and dainty tails, are descendants from the Kirin, legendary animals that were both mischievous and unpredictable.

The Lyn have not survived in this dangerous world by mere chance; they have innately acute senses which steer them clear from danger and allow them to see treachery and deception where others cannot. More famously, the Lyn use these highly attuned senses to converse with beings from the Spirit Realm granting them the ability to commune with Familiars and harness the power of the earth.

The Lyn are known for their somewhat unpredictable nature. During a single conversation, it is not unusual for a Lyn to convey a multitude of emotions, including hatred, fear, jealousy, love, and respect.

The Lyn can choose from 5 classes :