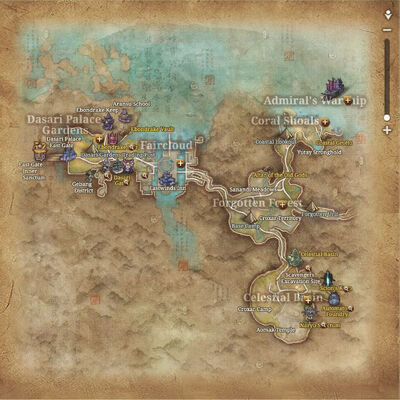 A map of Gunwon City.

Gunwon City is the capitol of the Stratus Empire where the current Stratus Empress Dowager lives.

The city is one of the oldest in the Stratus Empire with areas dating back to the golden age of the empire. It used to be accessible through the Gunwon Garrison in the Tomun Range, but the gates were sealed by order of the Empress Dowager. The only other to access the city is traveling by sea into Faircloud Harbor.

Since the weakening of the Stratus Empire, the city is mainly run by the Ebondrake Cult who handle affairs from law enforcement to managing politics within the Dasari Palace.

It consists of six main areas: