Altar of Divine Will 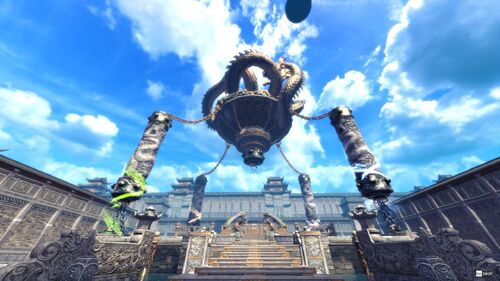 The completed Altar of Divine WIll.

The Altar of Divine Will is the sacred place Jinsoyun had built to perform the Divine Mandate Ritual.

In order to have it built, Jinsoyun required copious amounts of Soulstones and wood. She had Talus forces invade Brightstone Village for access to the Soulstone Mine and forced people to chop down the Primeval Forest for wood.

Jinsoyun's altar is built connected to the Emissaries Quarters with a special floating stadium were she awaits the hero for the final battle.